This is a detail from a more stylized piece.


The Sankofa image was introduced to me by a local story-teller as a representation of the idea that one should retain that which is valuable from the past.  It translates as "reach back and get it"  and is sometimes  represented by the symbol of a bird with its head turned backwards taking an egg off its back. The sankofa is often associated with a proverb which translates as: "It is not wrong to go back for that which you have forgotten." (from Wikapedia) 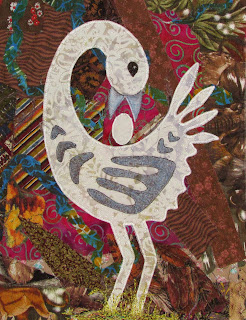 I suspect that the original images is based on the white stork which migrates between Africa and Europe.  Perhaps I'll get to see one in person someday. 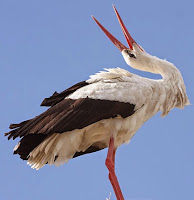 Posted by Elizabeth at 3:29 AM